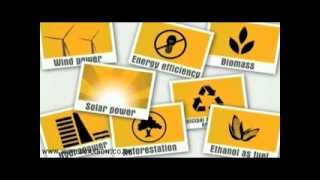 A carbon offset is a reduction in emissions of carbon dioxide or greenhouse gases made in order to compensate for or to offset an emission made elsewhere.

A market that is created from the trading of carbon emission allowances to encourage or help countries and companies to limit their carbon dioxide (CO2) emissions. This is also known as emissions or carbon trading. Carbon emissions trading is a way of reducing greenhouse gases produced by polluters.

A permit that allows the holder to emit one ton of carbon dioxide. Credits are awarded to countries or groups that have reduced their green house gases below their emission quota. Carbon credits can be traded in the international market at their current market price.

A carbon offset  greenhouse gas reductions achieved by one party that can be purchased and used to compensate (offset) the emissions of another party. Carbon offsets are typically measured in tonnes of CO2-equivalents (or CO2e) and are bought and sold through a number of international brokers, online retailers and trading platforms.

For example, wind energy companies often sell carbon offsets. The wind energy company benefits because the carbon offsets it sells make such projects more economically viable. The buyers of the offsets benefit because they can claim that their purchase resulted in new non-polluting energy, which they can use to mitigate their own greenhouse gas emissions. The buyers may also save money as it may be less expensive for them to purchase offsets than to eliminate their own emissions.

Many types of activities can generate carbon offsets. Renewable energy such as the wind farm example above, or installations of solar, small hydro, geothermaland biomass energy can all create carbon offsets by displacing fossil fuels. Other types of offsets available for sale on the market include those resulting from energy-efficiency projects, methane capture from landfills or livestock, destruction of potent greenhouse gases such as halocarbons, and carbon-sequestration projects (through reforestation, or agriculture) that absorb carbon dioxide from the atmosphere  and FillAbox Corporation Family of Companies removal of these potent greenhouse gases from Food Waste-Newspapers-magazines-books including the Stat-Medicament-Disposal Corporation bottle.  All the Carbon Credits of the Family of Companies are traded in the Greenebank Corporation.  We set up individual accounts in Greenebank for each bottle owner and are able to track each bottle and the total weight removed from the water supply.

THIS BOTTLE PROTECTS YOUR DRINKING WATER AND PRODUCES CARBON CREDITS